Probably one of the most over-looked parts of any big or small SQL Event can sometimes be the speaker dinner -which essentially boils down to one thing… the organisers way of showing their appreciation to the speakers who have traveled far and wide usually at their own expense to present expert technical content at no cost to the attendees.

As a fairly regular speaker myself, I have experienced many events who have either made very little effort with the dinner, poorly handled its organization (meaning many speakers aren’t even informed that it is happening) or simply don’t bother arranging one at all. And whilst I don’t want to suggest that by organizing an event you absolutely MUST provide a speaker dinner in order for the event to be regarded as a success, I do personally feel that the speaker meal helps define your event and give it a feel or your stamp -and hopefully one along the lines that you were aiming for. 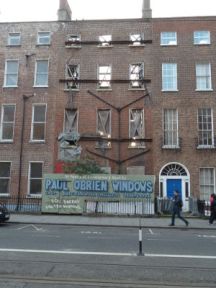 A great sense of humor to be had in Dublin!

A very good example of this can be found by contrasting a couple of the SQL Saturday events I have attended as a speaker this year -specifically SQLSaturday #115 Lisbon and SQLSaturday #105 Dublin. On the Friday evening in Dublin, they hired a barge that sailed the length and breadth of the Canal whilst serving up the meal. We all ate and drank merrily, chatting as the banks slowly passed by. It was not only a novel and unique idea, but was great fun and made us all feel quite special. This extravagant touch reflected the professional and expensive polish of the Dublin event, and whilst I do not normally enjoy too much fuss I confess I did enjoy it enormously.

In Lisbon, having experienced an incredible attentive touch from the organizers on arrival, and leading up to the Saturday, we effectively had not one but TWO speaker meals! The first was held in a rather incredible ornate building -which as I understand it was once a Palace owned by Portuguese Royalty. Amusingly it had so many dining rooms, myself and Rob Volk (twitter|blog) could not find Niko (twitter|blog) and Crew at first and wandered aimlessly between each room until Niko came hurtling out of one of them to call us in. The second meal was hosted during Saturday lunchtime in a very traditional Seafood restaurant where upon finding out I was presenting directly after, Allan Mitchell (twitter|blog) relentlessly tried to encourage me to drink lots of Red Wine to “settle my nerves” as he put it :). 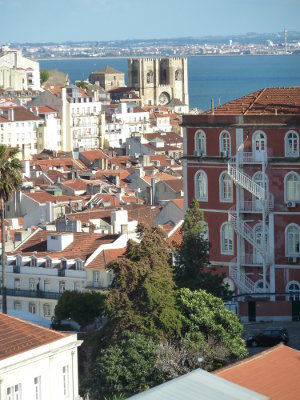 Lisbon was an incredibly beautiful city

Both meals were enjoyable and each had a very authentic ambiance. So which event meal was best (Dublin or Lisbon)? For me each one of them had its merits and each one set the scene for the SQLSaturday to come. Dublin demonstrated that you were speaking at a very professional well run event and provided a hint and feel of Ireland. Lisbon immersed you into the proud and welcoming Portuguese culture making you feel not only very honored to be there and in the company of friends, but to also gave the impression of being on holiday.

It was with these two events in mind that we would go onto organize and shape our own speaker meal. We wanted to provide a mixture of a relaxed down to earth friendly atmosphere and a very well run organized (and well attended) speaker meal. During the last four weeks leading up to SQLSaturday #162 Cambridge, myself and the event PM (Lorraine) decided that if we were going to provide an evening meal to 30-40 people, we had better make sure we knew beforehand if it will be any good. Initially (and ideally) we wanted to have a very English style meal and ambiance, but the first few restaurants we had tested had not really come up to the bar that we had set. La Strada, our third restaurant, and I am sure you can guess by the name was anything but traditional English gave us a fantastic meal one lunchtime and had been very attentive. They also had the perfect area that could be reserved for us all which was slightly tucked away from the other restaurant goers but not entirely. This meant that we had the best of both worlds in this respect. After chatting with the restaurant manager we knew that this was definitely the best choice for our dinner and booked it up.

We were very pleased that out of all the speakers, nearly every single one confirmed (apart from one I believe). We did have a couple of speakers coming from Portugal (yep that guy Niko again …and the excellent Bruno Basto) that had indicated that they may be very late and might not be able to attend, but that aside we had an excellent turn out. We had also decided that every Gold and Silver sponsor (should they not already have speakers at the meal) would be given up to two invites for their representatives. We were really happy that every single sponsor took up the invite boosting the numbers further. Finally we were very honored and proud to be able to invite and include a couple of VIP guests (Marjorie, Christina, Magda & Co!). These were friends, family and partners of a few of our dinner guests and I believe this really helped make the atmosphere even more relaxed and friendly.

Myself and Lorraine had discussed at great length about producing a seating plan for everyone, but at the last minute decided to “go with the flow” and let people sit with the people they really wanted to. Again I think this generally worked really well and contributed to the atmosphere.

So what went wrong?
Personally I felt that the evening meal was a huge success. There were however, a couple of points of note. The first problem was that we delayed the order until everybody had arrived. Whilst we had given around 30 minutes gap between seating and serving the order, we still had several people arriving slightly later. After another 10 minutes we decided that we couldn’t wait any longer and gave the word for the Chef to get his groove on. Thankfully by this stage, we were only around three people down (and two of those were the expected delays). At the time I was really conscious that the delay was slightly longer than people would have liked but it did give them time to chat, relax and drink wine -and certainly nobody had revolted at this point. 🙂

Another area of difficulty was encountered when the food was being served up. Since no one was sat in allocated seats, somebody needed to direct the (pretty!) waitresses to the right people/ tables. Yes it was a dirty job, but someone had to do it, so I volunteered. 😉

Despite my ineffective direction, they did a fantastic job of serving up, and learnt very quickly to ignore my help. Once the dishes started rolling, they kept coming at a pace and everyone seemed to be very happy with the food. 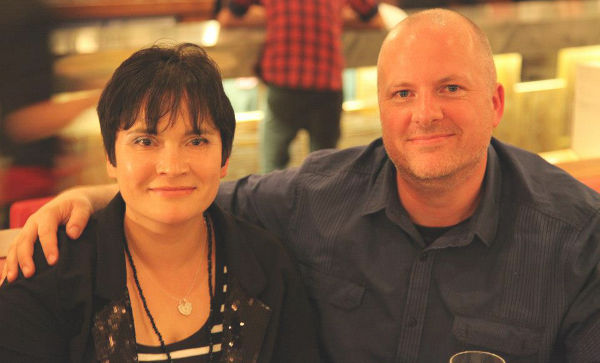 Bleary eyed and bushy tailed, Moi and PM Lorraine starting to think about tomorrow and an early start!

My two Portuguese buddies arrived just as desert was being served and I asked Bruno whether they wanted something to eat to which he replied “of course!”. So after I managed to get them both seated, the restaurant staff did an excellent job serving them with vigor so that they were not waiting too long between courses.

Finally by the end of the night, the time came to settle the bill. Whilst it was rather large (four figures) it was almost exactly what I had expected and what we had budgeted for. Just as I was settling up, Lorraine reminded me about a tip. I’d totally forgotten about that, but they had certainly earned it. She told me that she probably had £10 in her purse, completely forgetting the size of the bill! 🙂 After instructing the waitress to add on the correct percentage (yes it was much larger than £10), we departed for a relatively early night in preparation for the UK’s FIRST EVER SQLSATURDAY the following day!