It is now the morning after the night before, having completed the official first day of the PASS Summit 2014. It is nice to be back in Seattle and America after not being able to travel last year so it has been particularly great to catch up with a couple of old friends and ex-colleagues. I actually arrived in the States on Saturday evening (two days ago) where I met up with my good friend Régis Baccaro at the Airport, and then later we had a nice meal and drinks with the most excellent Ruben Pertusa Lopez and a bunch of other SolidQ guys (at the Taphouse -of course).

Sunday was an extra special day for me because I finally got to visit CenturyLink field, and watch the Seahawks after so many years of promising myself I would go. That’s my bucket list item #1 ticked of the list! Also along for the ride as my guests of honor were PASS Community evangelist Karla Landrum and SQL Server guru Rodney Landrum -which was my way of saying thank you for their support over the years. We have for a long time enjoyed bending each others ears about all matters of community and while I think it is fair to say we do not necessarily agree on every single matter we discuss, there is no doubting the passion we each feel for the SQL Community at large and long may that continue. Also along for the ride was Les Reading, who having previously worked on a short contract for him several years ago, is someone I like and respect highly. It is also great to see and hear how well he is doing in his new current role.

The game ended 30 – 24 with a Seahawks win, and I absolutely loved the experience.

Monday was officially the beginnning of the PASS Summit for me, as I attended Kalen Delaney’s IN-MEMORY OLTP INTERNALS: HOW IS A 30X PERFORMANCE BOOST POSSIBLE? [DBA-398-P] pre-conference session. I have always been a massive fan of Kalen and her work, but I confess I didn’t really feel that I got out from the session what I wanted. This is partly (I believe) due to the fact that my jet-lag was kicking in towards the end and the aircon was sending a bit of a chill on my head (which was an unpleasant distraction), but I also think that since becoming an MCM I am finding it harder and harder to find sessions that I can get maximum value from. I believe this is partly due to the way that I go about my training and I like to be able to stop, rewind and go over certain key points and focus into them more. This is obviously an impossible ask with a pre-conference session and one of many reasons why I wish PASS would go back to recording them. Doing so would suddenly increase the value of attending (to have the right to buy) tenfold.

Finally in the evening I met up again with my good friend Martin Schoombee who I’ve known for a good couple of years. Again we initially hit the Taphouse and finally headed to a swanky Restaurant where two of our party decided to order…. Burger and fries! There is only so much POSH you can but into a Burger, but I confess it did look nice all the same and the fries tasted amazing. 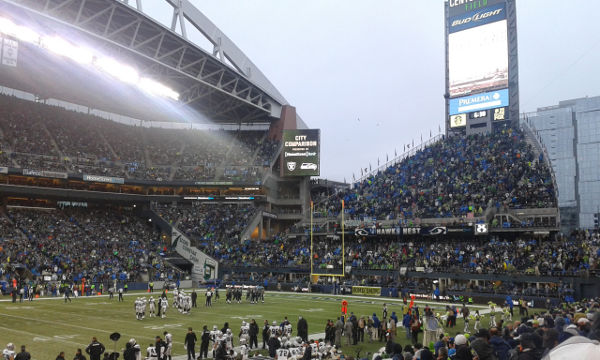 The only major downside to my trip so far has been that I am not very well and have felt a little sick since arriving. I am of course putting on a British Stiff Upper Lip and continuing to enjoy my time here but seriously hope that my feeling of sickness does not last much longer.

Anyway, I’m looking forward to my day ahead today in which I will be attending several community engagements and also catching up with some work. Hope you are all having a great time at the Summit too and hope to bump into you at some point.